When it comes to keeping an eye on the various elements in your house to catch signs of disrepair early, not many people will pay much attention to their ceiling! But this neglect is what leaves room for minor issues to become exacerbated and eventually transform your ceiling into a safety hazard! Fortunately, signs of decline in your ceiling tend to manifest gradually. As long as you investigate the condition of the plaster on occasion, you will likely catch potential problems early and seek repairs in good time.

While cracks are a common sign of underlying damage, it can be challenging to discern if they simply cosmetic flaws that come about due to the ceiling being old or if they are signalling a deep-rooted issue that needs professional attention. To help you understand the difference, read on to learn how to diagnose the different cracks indicative of the need for plaster ceiling repairs.

The most common types of cracks that homeowners will notice on their plaster ceiling once they decide to investigate its condition are hairline cracks. As suggested by their name, these cracks are barely visible since they are quite thin. Unlike most other cracks whose severity is determined by the direction they are running toward, it does not matter with hairline cracks since they can develop horizontally, vertically and even diagonally. As long as they are not growing longer or larger, you do not have much to worry about since they are a benign form of cosmetic damage that will typically happen over time. You can seek plaster ceiling repairs if you find that their appearance is detracting from the visual appeal of your interior design.

Unlike barely-noticeable hairline cracks, continual cracks are quite conspicuous. As implied by the name, this type of crack travels across the ceiling and can even progress down to your walls. In some cases, the continual crack can stem from an underlying issue with the framing of your home. In other scenarios, these cracks will come about when the foundation is compromised. When seeking repair and restoration services, you must have the contractors investigate the structural integrity of the home so that any underlying problem can be identified and remedied before it affects other elements of the house.

Another form of cracks that will typically appear on both the interior walls and ceiling, delaminating cracks are usually indicative of the plaster tearing away from the ceiling beneath it. Characterised by bulges accompanying the fissures, the presence of these cracks should never be taken lightly, as they signal a serious problem on your hand. When left unchecked, more of the plaster will pull away, and this increases the likelihood of this material breaking off and falling, crashing into anything and anyone in its way!  Generally, severe delaminating cracks will necessitate plaster ceiling replacement. 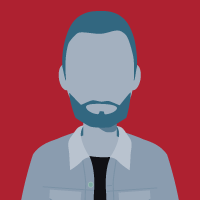 I really want a cool old fixie like some of the people at my university have, but they are actually more expensive than I had first thought. Then I was going through the shed at home, and I found a really old rusted bike my dad used to use. The bike needed a lot of work, so it's been a project for the last few months to get it working properly and get it looking great again. This blog has all of the repair and restoration steps that I have used, and pictures of my progress as the project progressed.